During the First World War, many women who had been involved in the struggle to give women the vote turned their efforts towards peace activism. Building on the experience and networks established during the suffrage campaign, women across Europe mobilised for peace, most famously at the Women’s International Peace Congress which met at The Hague in 1915.

Women’s peace activism continued to gather pace after the war and women were behind many transnational peace activities such as No More War demonstrations. Through the extension of the franchise, women also began to gain political influence, including within the newly formed League of Nations.

Italian fashion designer and activist for peace and social justice

Rosa Genoni was a prominent fashion designer from Milan, as well as a feminist, socialist and pacifist. She attended the 1915 Women’s Peace Congress and continued to work for peace and social justice after the war, despite the rise of fascism in Italy.

Rosa’s story is read in this film by her niece, Raffaella Podreider.

‘Desks of Peace’ and ‘Rosa Genoni, According to Me’ by Castegnato Secondary School students, LFTP Italy

‘Desks of Peace’ is a play produced by students from Brescia, Italy, which explores the lives of Italian peace activists, including Rosa Genoni.

The starting point for the play was a series of questions such as ‘What do you think about these stories?’ and ‘What sounds like a contemporary lesson for you?’ The students shared their feedback to these questions through theatre games and exercises, which created the building blocks of the script. Key themes the students explored were the heavy decisions that Rosa and others had to take and the relationship between peace and personal freedom.

In this film, ‘Rosa Genoni, According to Me’, the students reflect on what Rosa and her story means to them:

Selina Cooper began working full-time as a cotton weaver in Nelson, Lancashire in 1877 at the age of 13. She became a trade unionist and an activist for workers’ and women’s rights. During the First World War, Selina was a pacifist, organising a huge Women’s Peace Crusade procession in Nelson in 1917.

After the war Selina continued to be actively involved in local, national and international work for peace: she joined the committee of the Nelson branch of the League of Nations Union and the local No More War Movement and she organised the Nelson contingent of the national Peacemakers’ Pilgrimage in 1926. 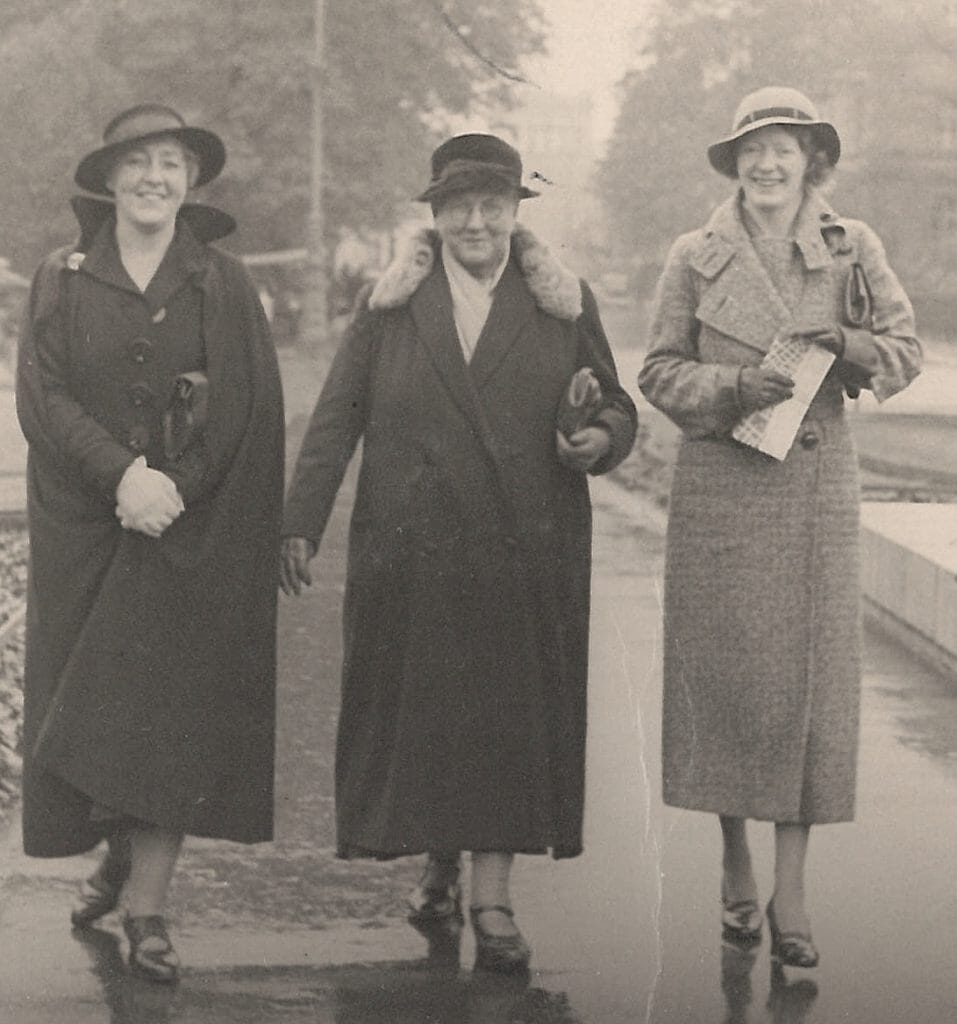 In October 1934, Selina went to Munich in Nazi Germany as part of a delegation from the organisation Women Against War and Fascism (WAWAF). The visit was made in response to the imprisonment without trial of certain German women. WAWAF believed that these women were being held as hostages by the German regime. 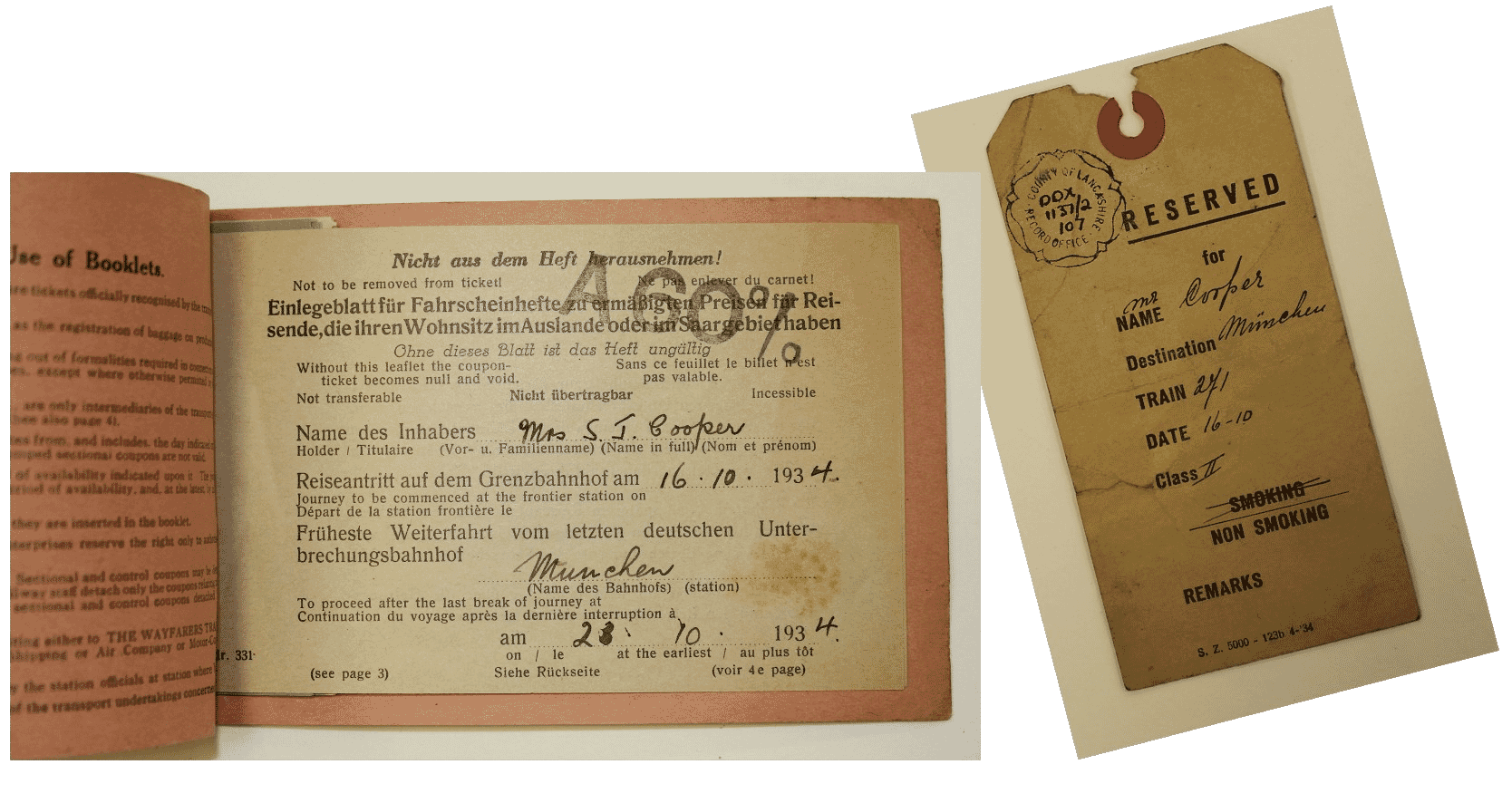 The delegation’s report states that the visit ‘was far from reassuring’. Meetings were held around Britain following their return in an attempt to alert people to the situation in Germany and the growing threat of Nazism. 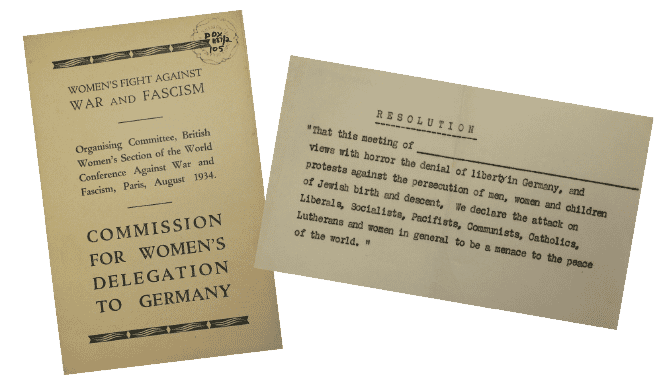