In the wake of the First World War, young people were seen more than ever as the hope for building their nation – and building peace between nations. In Britain, many schools introduced what today we might call ‘global learning’ in their curricular or extra-curricular activities. This could take the form of listening to a programme about ‘Peoples of the World’ on the new BBC School Radio service, or taking part in debates on topical global issues, or having lessons and talks about peace building as part of junior membership of the League of Nations Union (LNU). The LNU held annual summer schools at Geneva, Switzerland for junior members, reflecting the increased opportunities for international travel open to young people through civic and cultural activities.

Another key driver of young people’s civic participation was Scouting and Guiding. Established in the early twentieth century, this movement grew significantly in the years following the First World War. As groups sprang up across the globe, world camps brought young people together, with a deliberate emphasis on the role for youth as ambassadors for peace and international cooperation.

The Girl Scouts were founded in Hungary just after the First World War. Involvement provided new educational and social opportunities for girls, including the chance to meet young people from other countries at international camps. In summer 1939, Hungary hosted a Girl Guide and Scout ‘peace conference’, just weeks before the outbreak of war.

In 1929 Guides from Cheshire ran the hospital tent at the 3rd World Scout Jamboree at Arrowe Park in Birkenhead, which hosted 50,000 Scouts from across the globe and over 300,000 visitors.

Scout leader Major Ritchie described the Guides as ‘Trojans’: during the two-week camp, they treated 321 hospital admissions and 2323 outpatients. Two Guiders ran a dispensary and there was also a dental clinic and an operating theatre.

The hospital was so well-run that it changed the attitudes of many Boy Scout leaders towards Girl Guides and their capabilities. 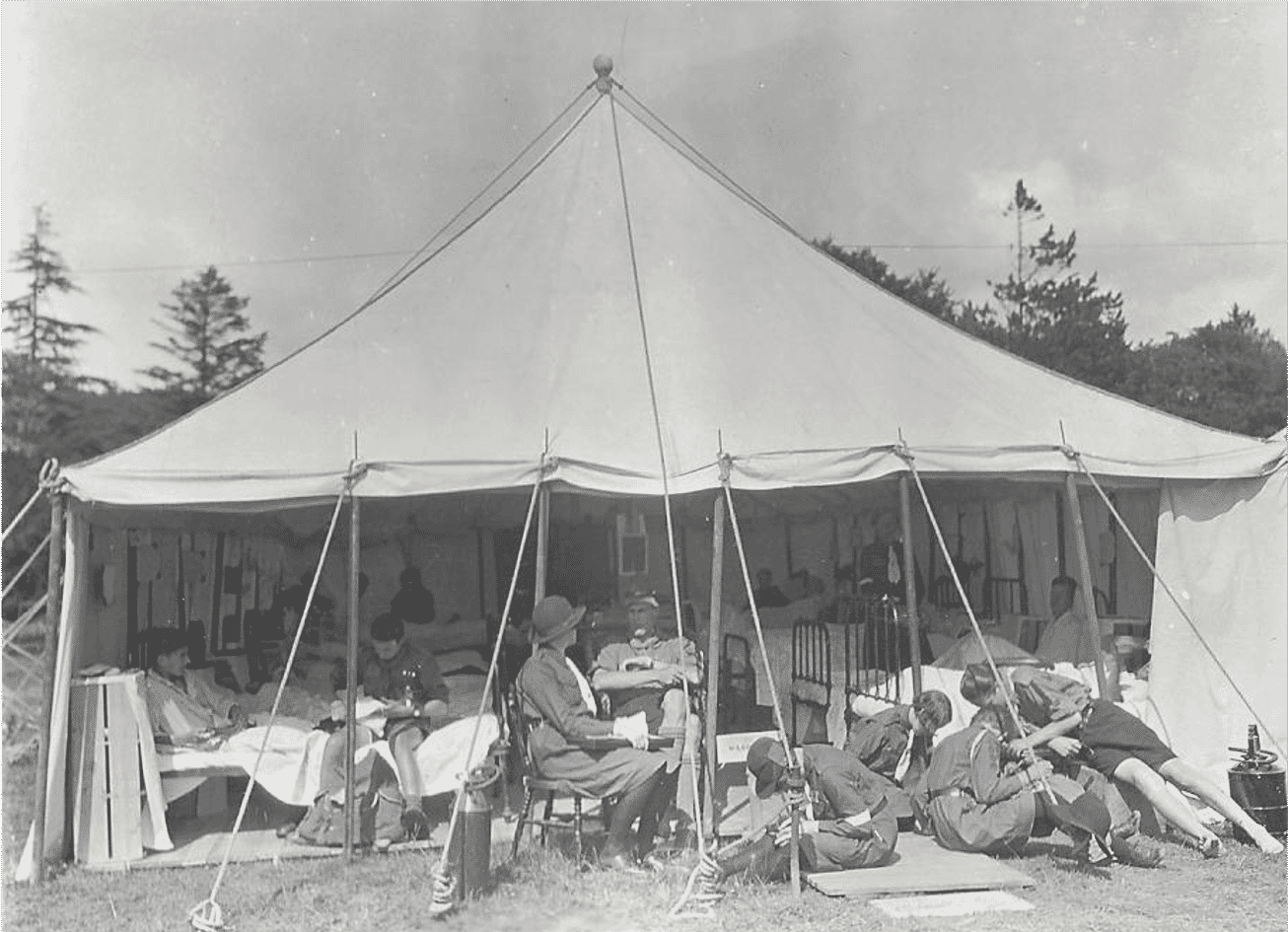 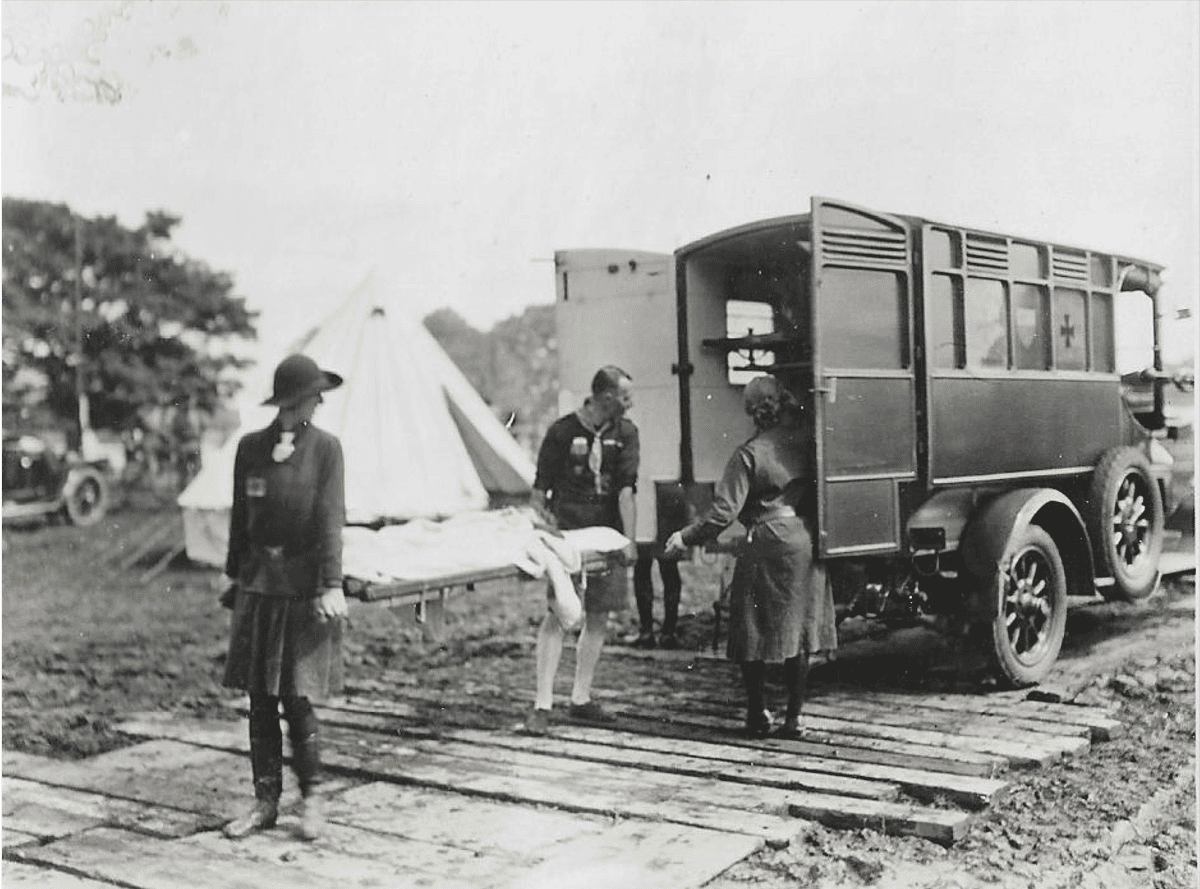 Guides transferring a patient to an ambulance
Courtesy of Girlguiding Wirral 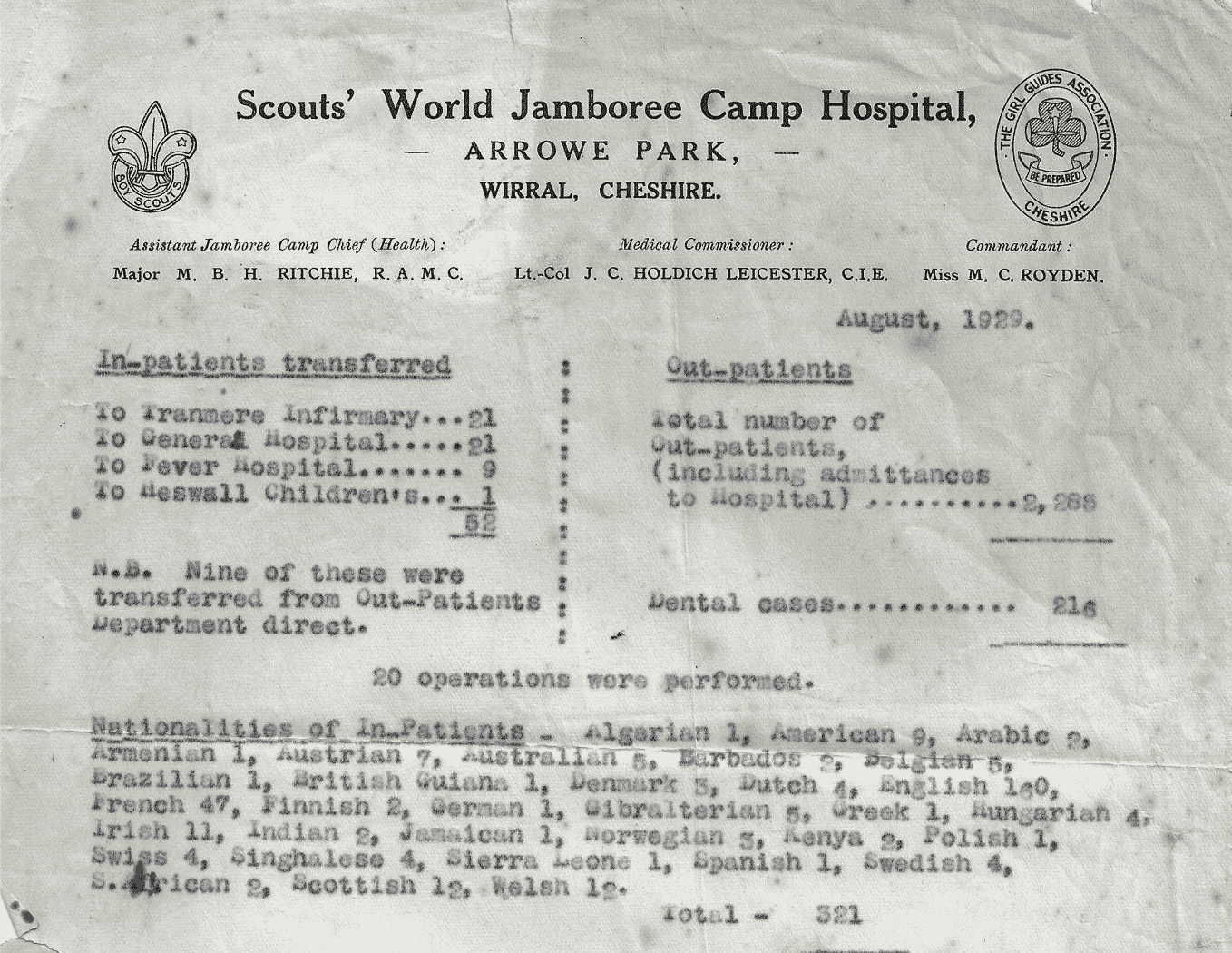 Members of 3rd Parbold & Dalton Girl Guide Unit in Lancashire, UK researched the history of international Girlguiding between the wars and wrote and entry about this for our online map.

The Guides then created two peace banners featuring themes and messages they wanted to share from the project. The banners were pieced together to create a large tent, symbolising the importance of international camps in the Scouting and Guiding movement - then and now. 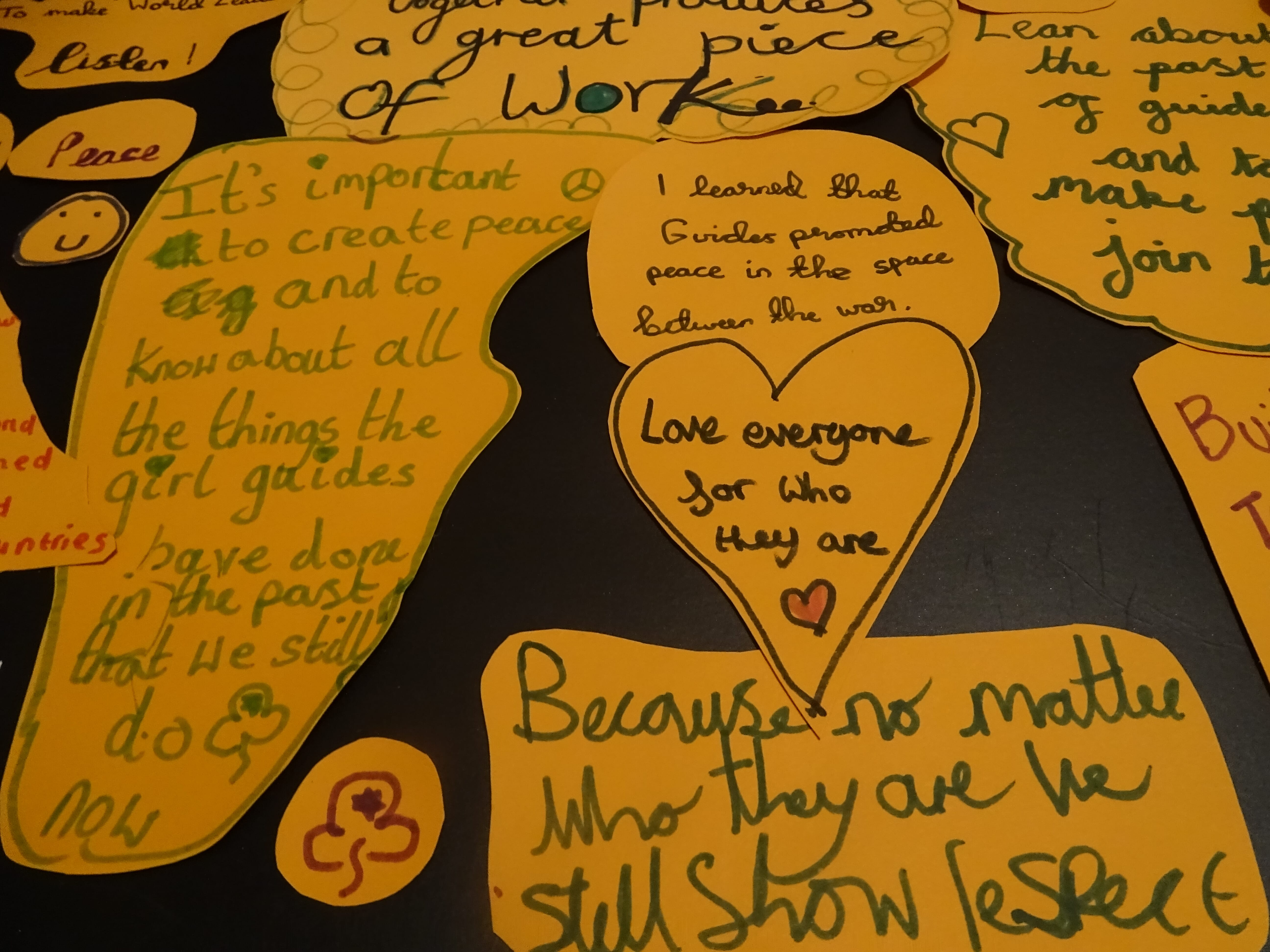 Girl Guides’ feedback about the project 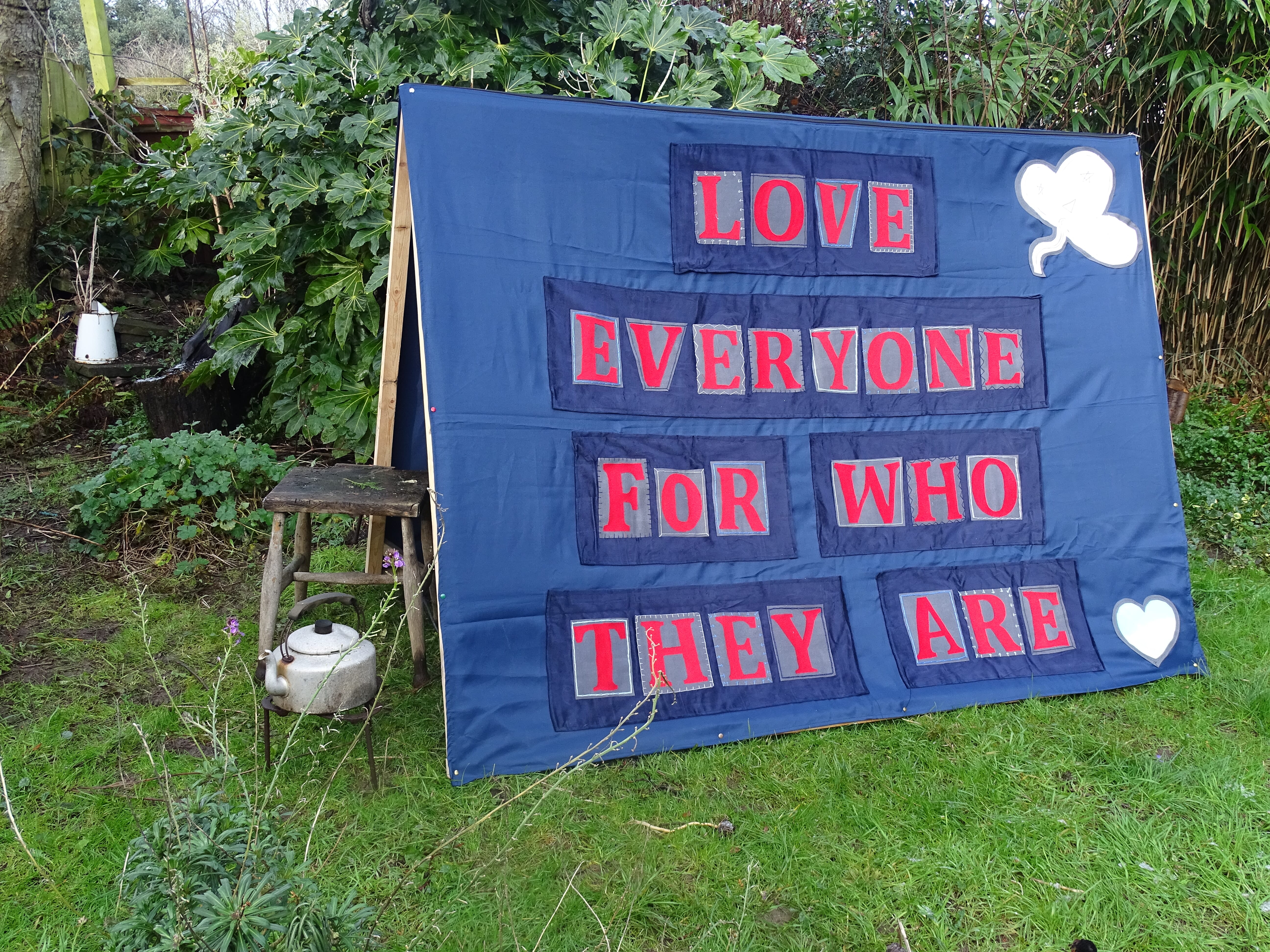 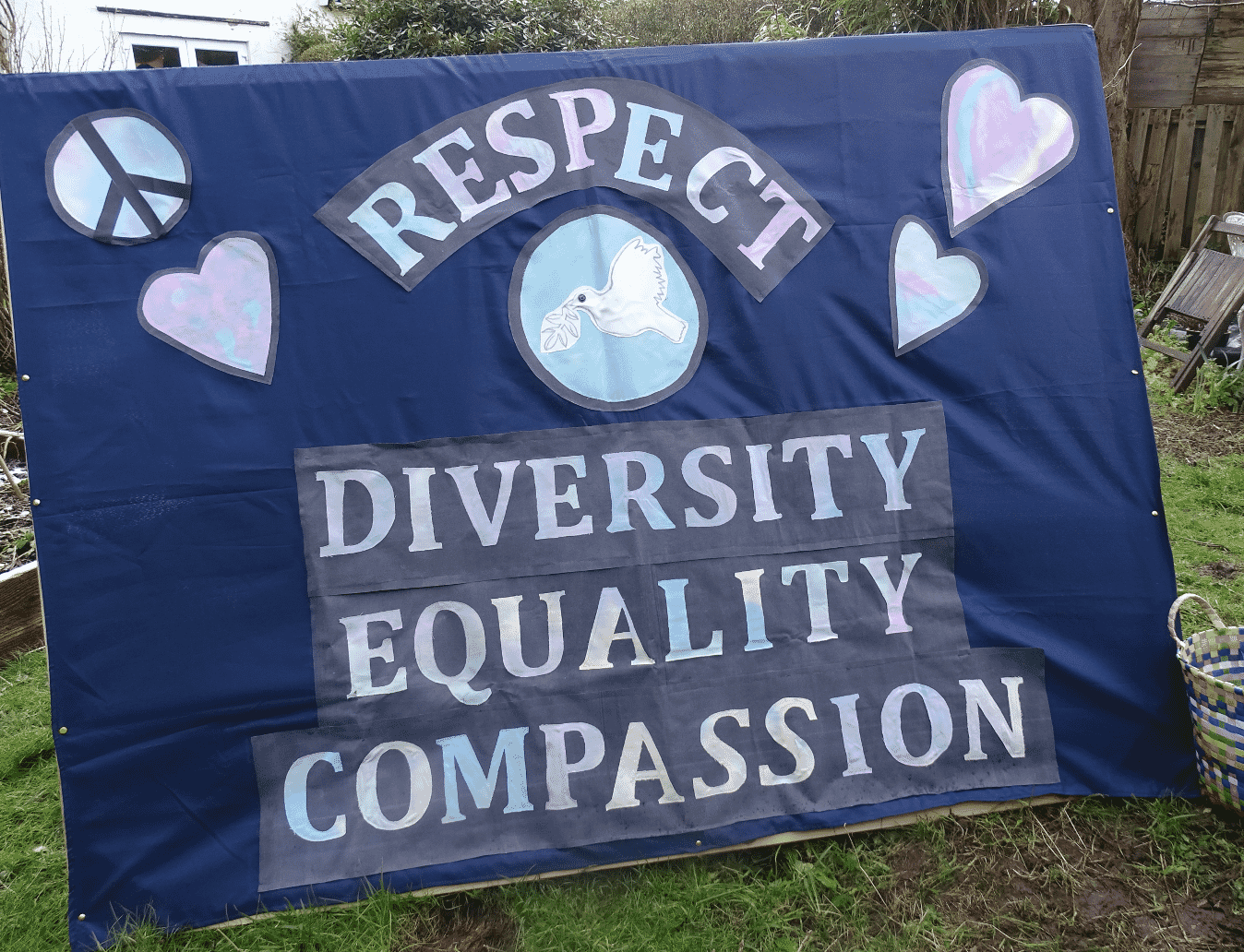 As was the case at many schools during the interwar period, students at Lancaster Royal Grammar School regularly discussed international political issues at their debating society. 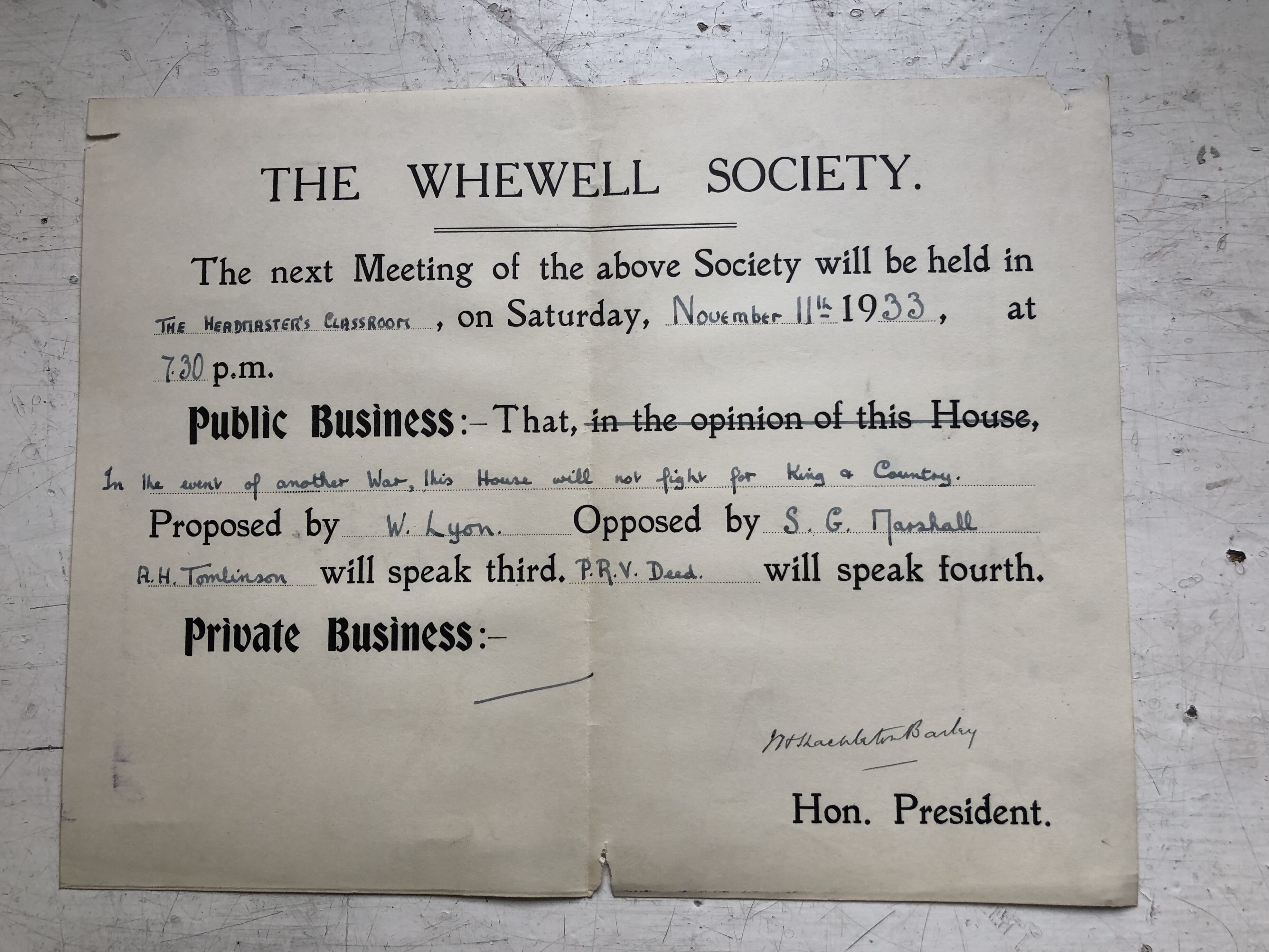 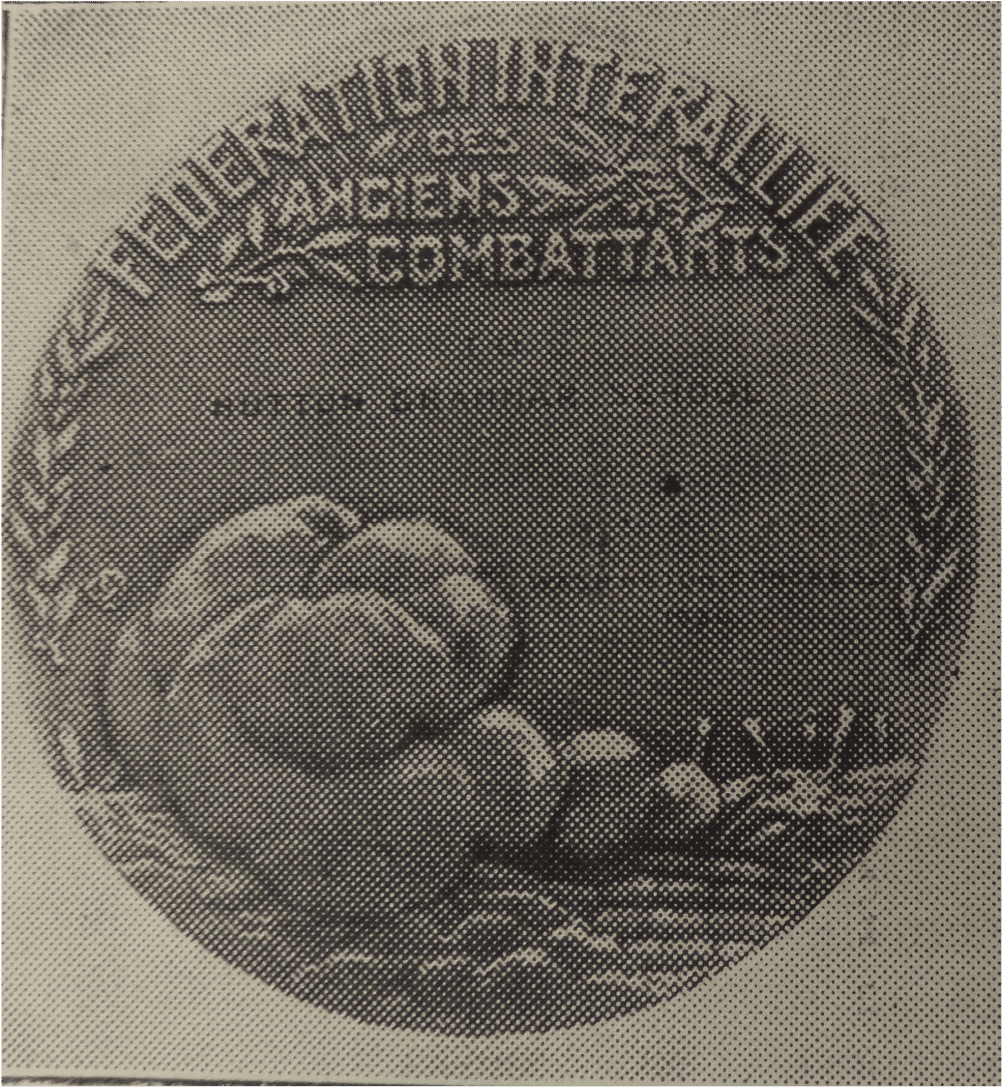 Other schools went further and became junior branches of the League of Nations Union, including Hutton Grammar School in Preston, which was awarded the FIDAC Peace Medal in 1930. The British Legion, a member of the world alliance of ex-servicemen’s associations (FIDAC), awarded medals every year to the three British schools ‘doing most to make known and support the ideals and activities of the League [of Nations]’.

Every student at Hutton Grammar was enrolled in the junior branch of the League of Nations Union (LNU). They performed plays about peace, ran recruitment campaigns for the LNU, held screenings of anti-war films together with other schools, held lectures and ran essay competitions about the League of Nations.

The Italian Scouting movement was dismantled by the authorities in 1927-28 and Scouts were forced to join the fascist government’s youth organisations. But some groups decided to continue their activity underground, including the Aquile Randagie from Milan. The group’s mission was ‘one day more than fascism’ and to prepare a new cadre of leaders for democracy and reconstruction.

During the Second World War, the group organised a network helping more than 2000 people to escape over the mountains to Switzerland, including Jewish families, wanted politicians, draft dodgers, escaped prisoners of war and fascist deserters. 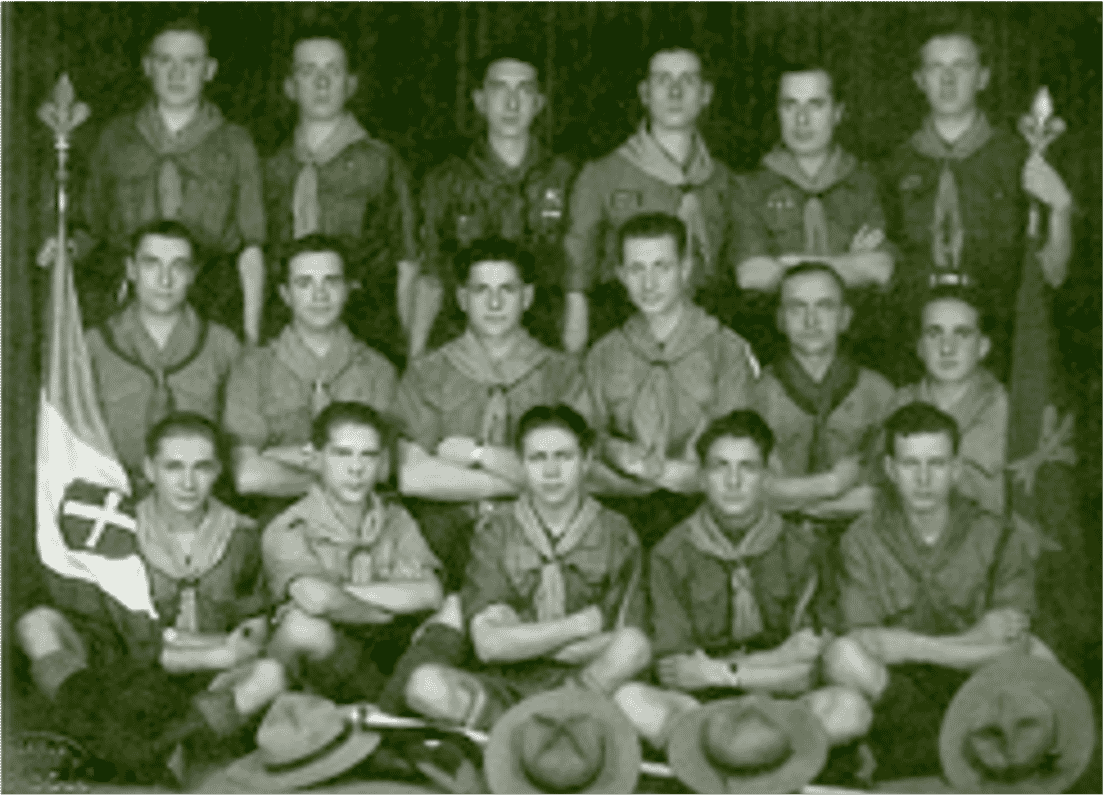 In 1942, during the Second World War, students at the University of Munich in Germany formed a non-violent and intellectual resistance group called Die Weiße Rose. The students published and distributed thousands of leaflets across Germany until the group leaders were captured by the Gestapo, the Nazi police. Following a show trial, some of the students were imprisoned and others were executed.

‘I Believe, I Trust!’ by JKA Theatre Group, LFTP Germany

The story of the White Rose is well-known in Germany but it is especially important to the JKA Theatre Group in Oldenburg, as their organisation is housed in a former Nazi military building on a street called Weiße Rose.

Created during lockdown, this poster is the result of a series of online theatre workshops. After discussing the themes and issues that the story raises, the young people created physical statues in response to different words such as ‘fear’, ‘resistance’, ‘courage’ and ‘tolerance’. They then looked at each other’s statues and commented on them. Finally, they created another series of statues that represented their overall thoughts and feelings in response to the workshops and the Weiße Rose story. The poster brings these final statues together. 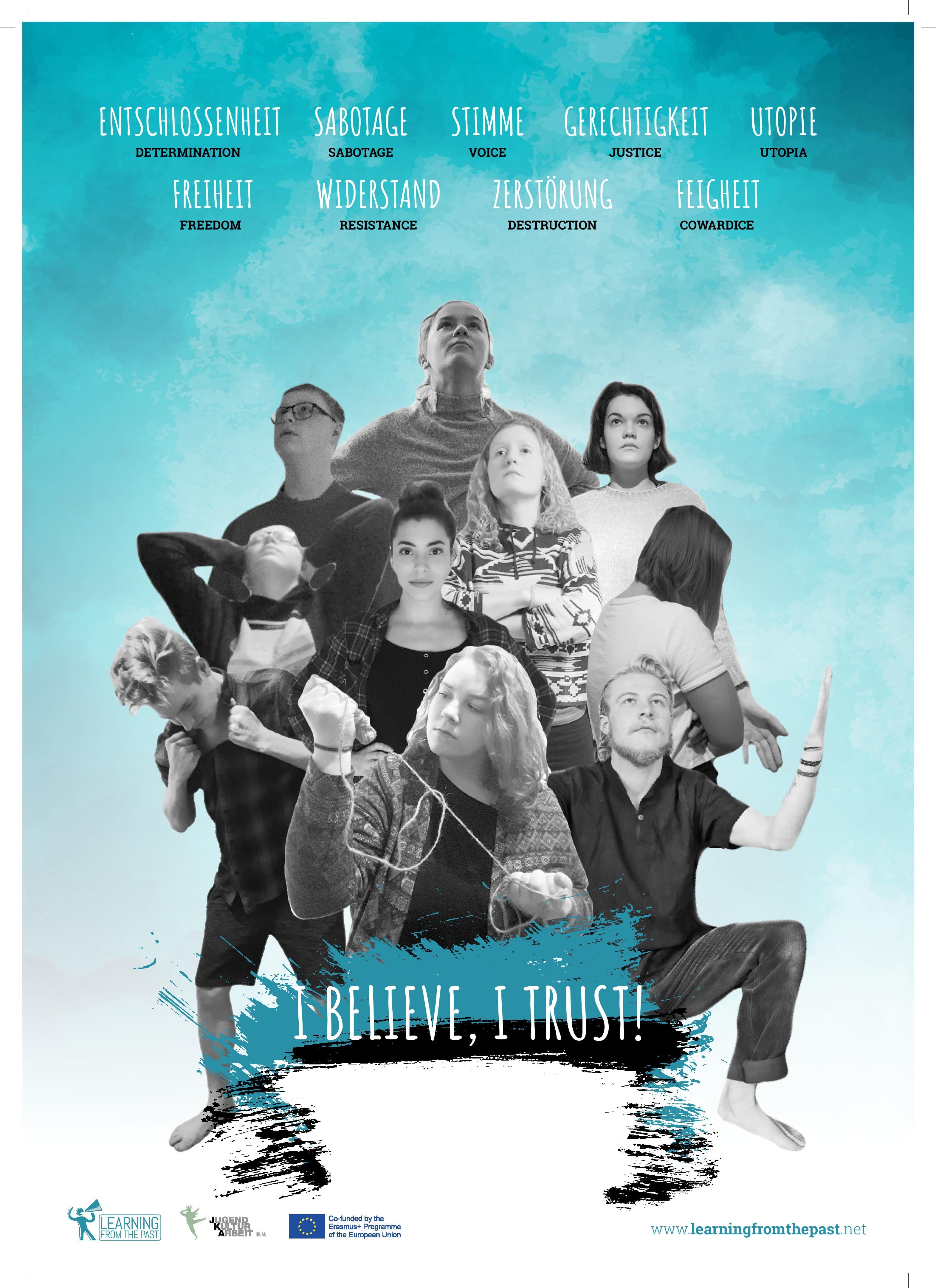 In this poster, the young people wanted to emphasise the theme of youth civic responsibility. They felt that people don’t fully comprehend the strength needed to stand up for what they believe in.

However, there is still hope that younger generations will be more courageous and more connected. That is why their message is ‘I believe, I trust!’